The following is a tribute to a man thoroughly respected by everyone in the game of Rugby Union and a great friend to many in Lancashire Rugby and Liverpool St Helens.

After studying at Cowley School, where he first developed a strong interest in all sports and completing his education at Sheffield University, David pursued a career as a PE Teacher, initially at Grange Park School, then West Park and subsequently De La Salle School. As has been reported elsewhere he was a hugely popular teacher and took great pride in sparking youngsters’ interests in healthy activity and sports. Whilst at Grange Park he started his “fitness gym” available for all, which was revolutionary in its time.

David came to Moss Lane in 1965, joining St Helens RUFC, initially as a player and then very quickly developing an interest in officiating the game.  He joined Lancashire RFU in 1971 and became the Liverpool Referees Society representative on the General Committee and was ultimately awarded the honour of being President of the Lancashire RFU in 2014/15.

David joined the RFU list of referees in 1982 and refereed games at the highest domestic level before his appointment to the International Panel of referees from 1992 to 1994. The club is proud to have some of David’s shirts from that time on display in the Wilmot Lounge, including Heineken cup games, and the inaugural World Cup 7’s at Murrayfield in 1993. In 2002 David left the referees list to Assistant Referee in Premiership and Championship games as well as beginning a new venture as a Television Match Official (TMO), a role in which he earned significant respect and continued until 2010. He thoroughly enjoyed this extension to his officiating career once saying “It’s no trouble really. In the middle of winter sitting in a warm truck, drinking cups of tea and making decisions”.

Throughout all this time David was a tireless worker for the game of Rugby and Liverpool St Helens. He ran his Floodlit Rugby tournament on Wednesday nights at Moss Lane for many years and made sure that all schools from Lancashire and beyond had an opportunity to play. Some will know him as “The Whistleblower” and could follow his informed and sometimes controversial insights and opinions on the modern game through the LSH programme and website and across many other clubs in the county. He was actively involved in Liverpool Referees Society events, became an eloquent speaker and happily worked alongside others at Moss Lane to sustain and manage the club.

LSH President Ray French said, “This is desperately sad news. David has been at the heart of Moss Lane for over 50 years, initially with the St Helens club and then with Liverpool St Helens. We have all been immensely proud of his achievements as a referee and in particular with the high regard in which he has been held throughout the game. His calm, logical and considered manner and his empathy with the players in the game made him very special. Above all though, he was a friend to many at LSH and we will all miss him”. 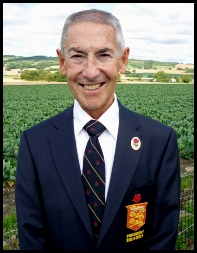